Contents show
List of States With a Ban on Felt Sole Wading Boots
Things you can do to prevent the spread of invasive species on your boots:
Conclusion:

Felt Sole Wading Boots Ban; Is Your State on the List? 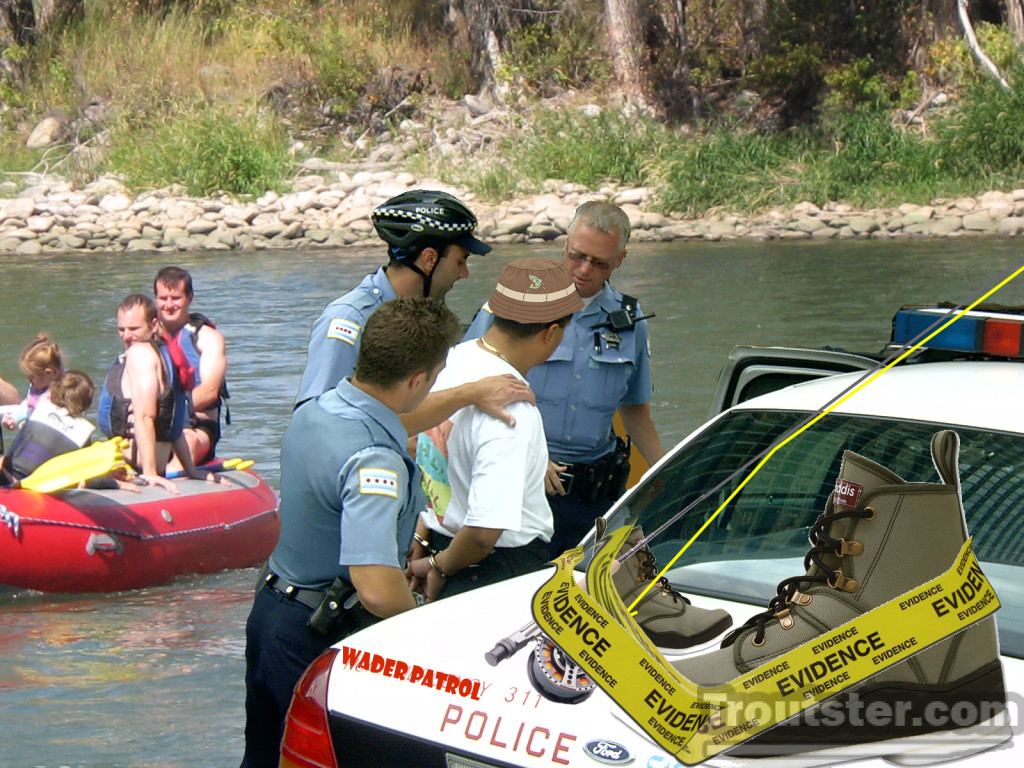 There is nothing quite like felt’s gripping ability on slippery rocks in the river. Unfortunately many states are outlawing the use of felt sole waders and boots, due to the spread of invasive species. Find the complete list below along with what types of species you could accidentally transport and a few tips for killing any aquatic hitchhikers.

Many states are changing the wader industry standards with tough laws in an attempt to curve invasive species spread. Among the species of organisms that have caused this ban are didymo also known as “rock snot”, myxobolus cerebralis (the parasitic cause of whirling disease) and New Zealand mudsnails.

Any or all of these problems mentioned above can easily be transferred from stream to stream via the absorbent felt sole of wading boots. They tend to stay alive longer on this type of boot due to the length of time they stay moist vs rubber soled wading boots.

List of States With a Ban on Felt Sole Wading Boots

* VT: As of 7-1-2016, After a five year ban, once again you can use felt soled waders and boots in VT. Read more about it here: https://vtwatershedblog.com/2016/06/29/felt-soled-wading-boots-allowed-in-vermont-after-five-year-ban/

This is as far as I can determine a complete list of states with laws banning the use of felt sole waders and wading boots. I will do my best to keep this page current with any new updates and states that get on board. I had heard the state of Ohio had a river by river policy on the use of felt, however I cannot find any official information that says there is any law about the use of felt. ohiodnr.gov

Update—2-27-2015: I have updated the list to exclude NJ. It was brought to my attention today that they do not have a ban currently in place. I have re-opened comments on this article in case anyone has any questions or concerns regarding the use of felt. Please let me know if you find any errors or discrepancies on this page and if you find that another state has enacted a ban on felt. Thanks, Dub

Things you can do to prevent the spread of invasive species on your boots:

Look on the bright side! Snow sticks really bad to felt soled wading boots not to mention there are plenty of really nice rubber wading boots on the market! You could always resort to sandals in the the summer months as well, most people already have those.

13 thoughts on “What States Have Banned Felt Sole Wading Boots and Waders?”