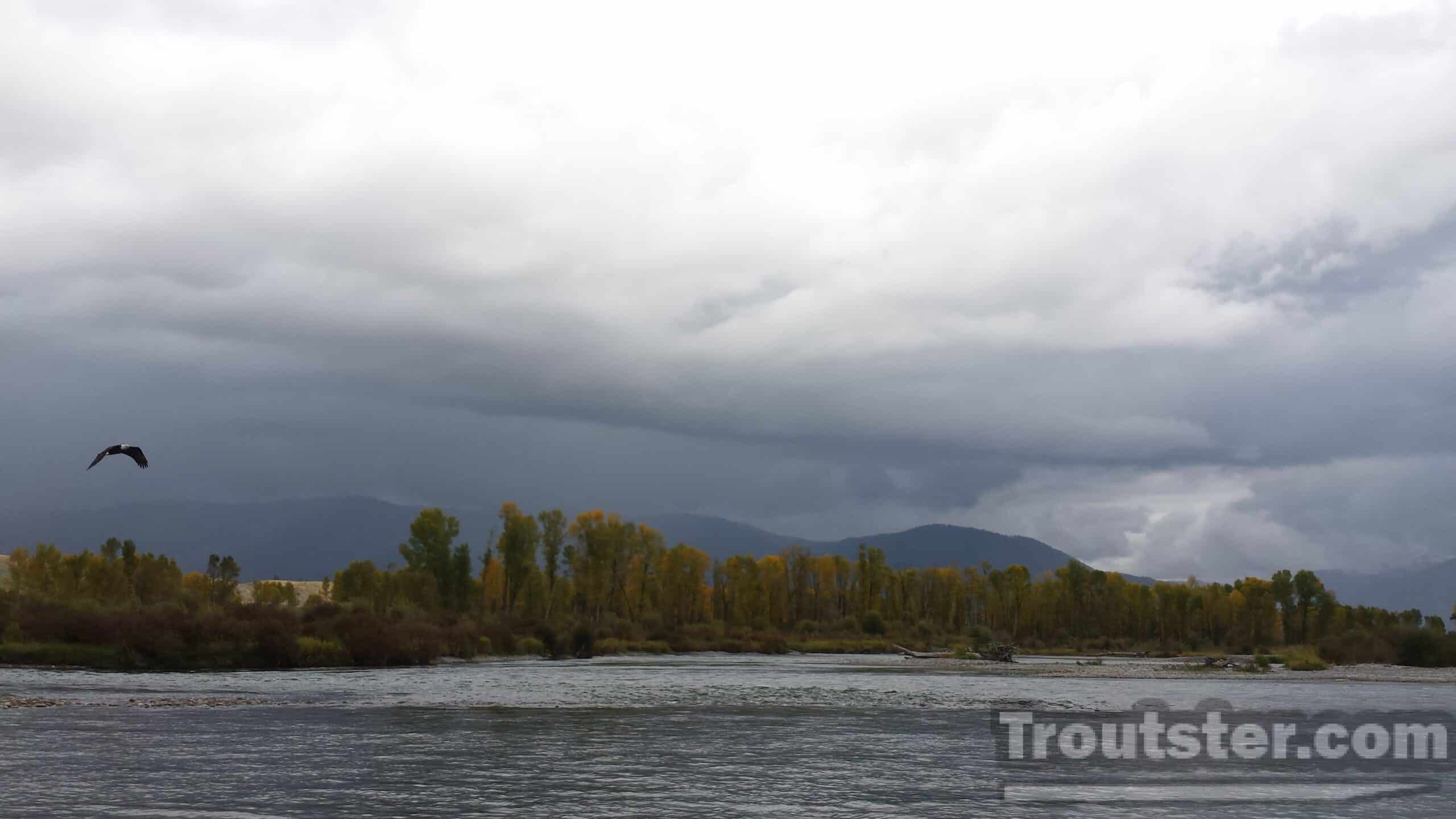 While I am out on the river guiding all summer and a massive storm, or even a light rain; I get asked almost every time: will we catch fish in this heavy rain? There are a lot of factors that seem to play a role in how good fishing will be during and after a heavy rain. I will get into those in just a moment. Right now I want to bring up a major tip for fishing in thunder storms—JUST DON’T DO IT! Holding a 9-10′ long conductor in the air and swinging it around during an electrical storm is just not smart.

There is no way of telling whether or not the rain will have a positive or negative effect on your fishing trip. I have seen fishing get very good during a rain—I have also seen it shut down entirely, with no more action at all after it began. Below I will explain my observations and experiences in various types of rainy weather.

Streamers will often become very effective during the rain, but it really depends on the day. If the hatch shuts down and fish stop hitting the surface, streamer fishing might be your best choice. My personal starter flies in a dark rain storm will usually be black, but olive colored patterns have also been good to me in dark weather.

Running a double or triple nymph rig can be very good choice in the rain. You might have to completely change the bugs that the fish were hitting prior to the weather coming in, but something will probably work—you just have to figure out what it is.

Every rain will effect the fish differently. It will also effect your moral in a hurry if it gets chilly, but leaving the river during the rain does not have to be your only option. My very best days of fishing have taken place during and after heavy storms rolled through. Take cover if you must during the extreme weather, but once it’s done—get back out there and try some more; it could blow your mind!